I never thought I would say this. I mean, I built my own sites, since, well the beginning of the internet basically. Online communication is what I do. But still, some digital inventions would have been better off, if they’d had died on the designer table. Especially if they make me feel digitally clumsy.  Who for instance, thought a wave button on Facebook would be a good idea? It’s somewhere hidden in the lower right corner of my screen if FB is open. I can’t see it. I didn’t even know it was there. But I somehow am waving to people, I didn’t know I wanted to connect with at that particular moment. Some are good waves! The one who sent me back some hearts, for instance. I felt instantly loved. But other waves are embarrassing. A guy I hadn’t talked to in years, started talking to me. Out of nowhere, as I thought. Until I noticed that I had waved at him the day before. Me. I instigated that conversation that soon ended as awkward as a virtual conversation can be silently awkward. Who knows how many people I waved at. Unwittingly. People who didn’t start a conversation, but just thought, what a nutter. Apparently I’m not the only one:

Right so why the fuck is the ‘wave’ button right there at the top of messenger as soon as you accept a friend request on Facebook. The amount of times I’ve accidentally ‘waved’ 🙂🙂🤯🤯🤯🤯🤯 had it

I want to turn the wave button off on #Facebook 😠

Please, please, Facebook. If you don’t want to delete the button, could you at least give us the chance to turn it off? It would save me from digital clumsiness.

Who thought a wave button on Facebook would be a good idea?

karin_runs
•
Follow
So, finally, and slowly, I'm getting back into my running routine again. With a new coach and a kick in the butt from some well meaning friends, I'll be preparing for the Rome marathon in March. 📖 Klaas Boomsma said something in his book " Run for your Life" that resonated with me: "🏃‍♂️ if the world seems threatening and peopling is too much of an effort, running takes the sting out of it and makes the world seem brighter. " So nothing for it, I had to get out there again. One step at the time. @kboom_running made a schedule for me, preparing my legs for Rome. 👞 My feet are very happy with my new On Cloudstratus. I mean, I never walked on clouds before, but I imagine if I could, it would feel like walking on On shoes. Indeed, I've been finding joy again in misty mornings and beautiful sunrises. The birds are singing again. They probably never stopped, but now my ears welcome their song instead of blocking them. Bonus! 💊 In the meantime I've been diagnosed with Smouldering multiple myeloma. Even if that may sound alarming, it is not as bad as it could be. It does mean a checkup every 3 months for the next 3 years, eating healthy and keep on training. Which is what I plan to do for the next 40 years. I plan to be the oldest six star marathoner out there 😄 So, I've asked Multiple myeloma research Foundation if they have a spot for the @londonmarathon. Of course I'll pledge to raise research money. If I learnt one thing the last couple of months it is, how devastating this disease is, and how important research. I consider myself lucky my MM is smoldering. Many are not that lucky. Let's hope I can secure a spot for London! If so, @andylein2001 and I can pursue our 5th star. Keep on running folks! **************************************** @runrome_themarathon @themmrf @kboom_running #multiplemyeloma #runners #running #runnercommunity #runnersofinstagram @#instarunners #instarunner #reachforthestars @wmmajors @on_running #kboom @runnersworldamsterdamsebos #reachforthestars #marathontraining #marathon #marathonrotterdam2022
View on Instagram |
1/9

karin_runs
•
Follow
It was, despite all, a blessed weekend. A Christmas well spent with family, runs, Lego, and lots of Disney. We cried alot, but laughed even more. Thanks for all the kind messages. I hope y'all had a marvelous Christmas! ************************************** #christmas #lego #legoharrypotter #runnercommunity #running #instarunner #Disney #encanto #moana #vaiana #stitch #liloandstitch #fawkes #legofawkes
View on Instagram |
2/9

karin_runs
•
Follow
This must have been the most conflicted birthday ever. Family time is everything. To spend my 55th at Disney was the best gift my kids could have imagined. For us, as a family, actually. We have so many happy memories here. We were here in May 1992 when the park opened and almost every year after that. You cant put a price tag on the stories and memories we told this weekend or the ones we made anew. Putting our lives at risk, racing electric steps🛴, in the bitter cold. Paris by night, climbing the Eiffeltower🗼. The most beautiful fireworks show in Disney, ever🎆 I have the best kids in the world 🌎 ❤️! Even though my heart was crying, I couldn't stop smiling. *************************************** #Disney #Disneyland #DisneylandParis #family #familytime #happyplace #stillmourning #grief #grieving
View on Instagram |
3/9

karin_runs
•
Follow
Tomorrow will be two weeks, since my husband passed away. And one week since his funeral. And it still hasn't sank in completely. It's the little things that get me. Waking up in the middle of the night, asking him why the heck the television set is still on. Reaching out and finding his spot empty. Or sleeping in, way too late. And my first thought being, why didn't he wake me. And the moment I realise I don't hear the television in the living room, I know why. It hurts. As is knowing that the big hurts will be here soon. Birthdays 🎂 Christmasses 🎄 and through the sadness I find I'm very grateful. For the 36 years we had together. For the family we raised together. For the house he built for us, the life he provided for. And the adventures we had. So many of them. And through it all, he made me a better person. Someone told me this week, I was my husband's life buoy. But he was just as much mine. Isn't that how a good relationship works? And now I have to swim on my own. I will. I know I won't drown, but it will take me some time to reach shore. Be patient, y'all. Hug your loved ones and love life 💕 ********************************* #mourning #grief #ittakestime #grieving #covid #bekind
View on Instagram |
4/9 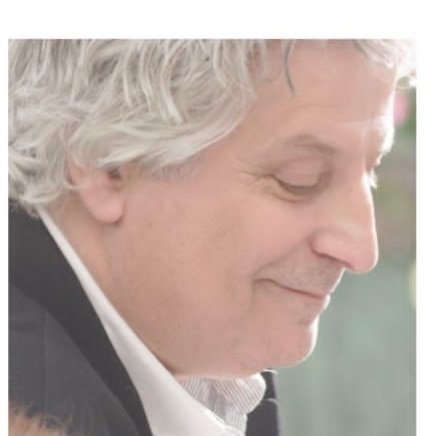 karin_runs
•
Follow
Monday November 29, my husband passed away after a brief, but fierce fight with covid. To say that we are devastated doesn't even come close. He was my best friend, my rock, my everything for 36 years. He was my North, my South, my East, my West My working week and my Sunday rest, My noon, my midnight, my talk, my song I thought that love would last forever: I was wrong The stars are not wanted now; put out every one, Pack up the moon and dismantle the sun, Pour away the ocean and sweep up the wood; For nothing now can ever come to any good. W.H. Auden ********************************************** #funeralblues #whauden #mourning #devastated
View on Instagram |
5/9

karin_runs
•
Follow
It's been a tough month. Yesterday marked the 4th week my husband has been in intensive care with covid. And to be honest, between hospital visits, sleeping and being sick myself I don't know how we got through the month. It's not only the fact that we as a family, are completely powerless to do something for him, it's also the uncertainty of the situation. My hubby takes one step forward, only to hear the next day he took three steps back. We are waiting for the day he takes three steps forward, so he has the strength to buffer that step back that undoubtedly will come. If they learned one thing the last 2 years in the hospitals it's that covid is a capricious enemy. People, take your shots, be cautious, but do hug your loved ones. ****************************************And for anybody asking yes, he had his two shots. We were both waiting on the booster shots. **************************************** #hugyourlovedones #bekind #covid #Amsterdam #iamsterdam #hospital #getyourshot #corona #vaccinationdone✔️ #ɢᴇᴛᴠᴀᴄᴄɪɴᴀᴛᴇᴅ
View on Instagram |
6/9

karin_runs
•
Follow
Well, not the sub 5 I hoped for, but to be honest, I didn't put in the work as I should have. And being sick 2 days prior didn't help much. So, to run a PR? I'll take it! 🥇 Big, huge, thanks to the 5:00 hour pacers. They did an amazing job! I made a misstep at 35k and my knee locked😱. I was totally in a panic. But they talked me through it, and I was able to keep up the last 7km. 🏃‍♀️That was awesome. Also, it told me, I can run even though my body protests and my mind is throwing tantrums.😡 If I had run alone, I would have slowed to a walk, to a run and then to a walk again. I would have given in to that tantrum. So 5hour pacer team. Thanks!👏 And loads and loads of volunteers out there that were making sure we runners could have the best of time. Thank you!👏 And last but not least, thank you so much @sjansarazzi and @tyronedewit for cheering❤💥gave me such a boost at exactly the right moment!! This was a day to remember . ******************************* #marathon #tcsam21 #Amsterdam #runners #runnersofinstagram #instarunner #thisrununitesus
View on Instagram |
7/9

karin_runs
•
Follow
Nooo!! Running a fever since Friday. It has been 735 days since I ran a big event and my my body just now goes on strike? Really? So, instead of a shake out run, I treated it on Vitamine C, bone broth, beetroot juice (obviously!) and lots of sleep. And to a flat me. With a reminder to my best marathon. I won't be fully recovered tomorrow but I'm confident the fever will be gone and if so, I'll make it to the start. And after that it's just one step after another. And another. Because 42k is just 3 x 14k. And I know it will be a blast no matter the outcome! Have a great one tomorrow! Enjoy every mile. ************************** #Sportrusten #tcsmarathonamsterdam #marathon #instarunner #runnercommunity #runnersofinstagram @tcsamsterdammarathon @chimarathon #stryd #NutriTape #firstenergy #sis @scienceinsport @strydrunning #tcsam21 @run2daynederland @run2dayamsterdam #flatlay
View on Instagram |
8/9